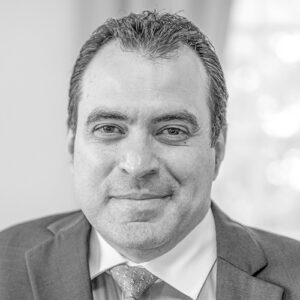 Kevin Casas-Zamora has served as Secretary-General of International IDEA since August 2019.

Dr. Casas-Zamora brings more than 25 years of experience in democratic governance as a researcher, analyst, educator, consultant and public official. He embodies the rare combination of a distinguished academic career – strongly focused on electoral systems and democratic institutions – with practical experience as a high-level public official in his home country as well as multilateral organizations.

Dr. Casas-Zamora is senior fellow at the Inter-American Dialogue, a Washington, D.C.-based policy research centre. Until recently, he was a member of Costa Rica’s Presidential Commission for State Reform, and managing director at Analitica Consulting.

Previously, Dr. Casas-Zamora served as Costa Rica’s second vice president and minister of national planning, secretary for political affairs at the Organization of American States, senior fellow at the Brookings Institution, and national coordinator of the United Nations Development Program’s Human Development Report. He has taught at Georgetown University, George Washington University, and the University of Texas at Dallas, among many higher-education institutions.

Dr. Casas-Zamora holds a law degree from the University of Costa Rica, a master’s degree in government from the University of Essex, and a Ph.D. in political science from the University of Oxford. He has authored several studies on campaign finance, elections, democratization, citizen security and civil-military relations in Latin America. His doctoral thesis, entitled “Paying for Democracy in Latin America: Political Finance and State Subsidies for Parties in Costa Rica and Uruguay,” won the 2004 Jean Blondel PhD Prize awarded by the European Consortium for Political Research (ECPR), and was published in 2005 by the ECPR Press. He was selected among the class of Young Global Leaders by the World Economic Forum in 2007, and became a member of the Bretton Woods Committee in 2013.