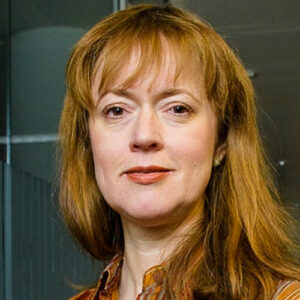 She is a political scientist and advocate for democratic pluralism and open societies. She was ranked highly among “the women who shape Brussels” by Politico, gave a TED talk on the importance of critical thinking and mindful engagement with post-truth politics, and has written recently on how climate change and technology are affecting the quality of democracy and economic and social justice.

From 2004 to 2009 she was senior advisor to the European Commissioner for Enlargement Olli Rehn, responsible for EU policy on the Balkans and Turkey. Previously, she was deputy director of the Centre for European Reform, where she wrote extensively on EU external policies and enlargement. She also conducted academic research at the European University Institute (Florence), Chatham House (London), Oxford and Birmingham universities, and taught at the London School of Economics.

Her most recent publications include “Normative, Protective, Transformative Europe: Digital and Climate Meta-Policies” (in European Futures – Challenges and Crossroads for the European Union of 2050, Routledge, 2021) and Climate Politics in a Fragmented Europe (with Stefan Lehne, Carnegie Europe, 2019).