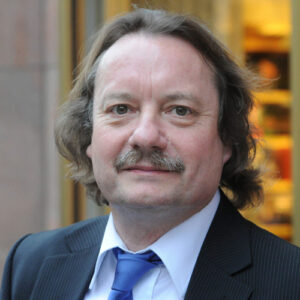 Helmut K. Anheier is Professor of Sociology at the Hertie School. He served as President of the Hertie School from 2009 to 2018. He is also a member of the faculty at the University of California, Los Angeles (UCLA) Luskin School of Public Affairs and visiting professor at LSE Ideas, London School of Economics and Political Science.

His research centers on indicator systems, governance, culture, non-profits and philanthropy and organizational studies. Anheier was the principal academic lead of the Hertie School’s Governance Report and book series (Oxford University Press, 2013-2019). He held a Chair of Sociology at Heidelberg University´s Max Weber Institute and served as founding Academic Director of its Centre for Social Investment and Innovation. He was the Academic Co-Director of the Dahrendorf Forum, a joint initiative by the Hertie School and the London School of Economics and Political Science, funded by Stiftung Mercator (2011-2020). He received his PhD from Yale University in 1986, was a senior researcher at the Johns Hopkins University’s Institute for Policy Studies, Professor of Public Policy and Social Welfare at UCLA, and Centennial Professor at LSE, and Associate Professor of Sociology at Rutgers University.
Anheier is author of over 500 publications, many in leading journals and has received various national and international awards. Before embarking on an academic career, he served as Social Affairs Officer at the United Nations.